India with its teeming multitudes is a land of variation. At one end of the spectrum, it is poised to lead the world in software, boasts of the largest metropolitan urban centers and the richest individuals. On the other end of this spectrum is 70% of its rural population, with probably the lowest literacy and income levels in the world. It was this weakest link in the world’s largest democracy that Mahatma Gandhi wanted the benefits of development to reach. He understood that the nation could become strong only by strengthening its weakest link.

VSPM Academy of Higher Education (VSPM AHE), Nagpur has made this objective its mission. Since its very inception in 1971, it has untiringly toiled amongst the most backward regions and the least privileged to provide them the opportunity to become self-reliant. Its focus has been extremely clear.It has emphasized on education, social upliftment and the removal of social evils. 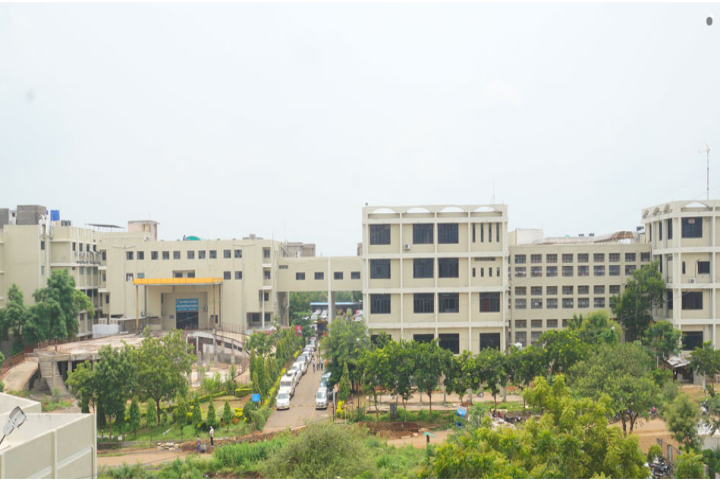 The result of the last three decades of efforts has been the setting-up of 55 quality education institutions right from pre-primary schools to medical college, setting-up of social institutions for the backward, women and innumerable programs for removal of social evils.

THE TRUST – A HISTORICAL PERSPECITIVE

Founded by Dr. Bhausaheb Bhoge, a dedicated social worker, in the year 1971, the VSPM Academy of Higher Education, Nagpur (Formerly – Vidya Shikshan Prasarak Mandal) is a registered trust under the Indian Societies Registration Act 1860 and also under Bombay Public Trust Act 1950. Late Padmashree Kamlatai Hospet, a lady social worker, was its first president. Since 1981 Shri Ranjeet Deshmukh is the president of the trust.

The institution has a philosophy of recognizing education as one of its obligations. It aims to promote unity and brotherhood, setting-up of institutions, imparting education in various faculties, opening higher education centers, child education, professional training, centers of excellence, promotion of co-operative movement in various industrial and non-industrial programs with particular emphasis on children, women, family welfare, adult education, fight against social –cultural evils and creating awareness towards progress amongst people who are in rural areas and are the last links of the nation. This includes programs for people who are below the poverty line.

VSPM AHE is managed by prominent citizens known for their commitment to the cause of the less privileged and representing various facets of social life, led by the visionary Mr. Ranjeet Deshmukh who looked after it in its fledgling form and made it the unparalleled powerhouse of education and social work. It boasts of more than 50 institutions including primary schools, middle schools, higher secondary schools, arts, science and commerce colleges, a medical college, nursing college, a dental college, physiotherapy college, training college for teachers, a management institute, hostels for backward students and even a large multi- speciality hospital. Over 1,00,000 students have benefited from the various institutions of the trust and more than 15,000 students are enrolled in these institutions in an academic year.