The session of the Students’ Welfare Association began on 12th November, 2014 with the Installation ceremony. Dr Kajal Mitra was installed as the Chairman and Dr. Anne Wilkinson as the Co-Chairperson for the SWA 2014-15. The elected body of students sworn in was –

The SWA 2014-15 was the first council to have a Hobby Lobby Committee, which was inaugurated at the hands of Dr Sudhanshu Kothe on the morning of 12th November, 2015. An Art exhibition was organized on this occasion. The exhibits on display were the entries of the Photography competition held for the UG students and also the photos clicked by enthusiastic teachers. The 1st prize was bagged by Mr Arpit Roy, 2nd Prize by Ms. Neha Rahate and 3rd prize went to Mr Ankit Gupta.

Inauguration Of The SWA Office:

The SWA office room was inaugurated at the hands of Shri Ranjeetbabu Deshmukh, Dr Amol Deshmukh and Dr Suchika Deshmukh.

The installation of the SWA 2014-15 was done at the esteemed hands of Dr. Vinayak Deshpande, Vice-chancellor, Nagpur University in the presence of Shri Ranjeetbabu Deshmukh, Dr Amol Deshmukh, Dr Ruchika Deshmukh and Dean, Dr Dasgupta. 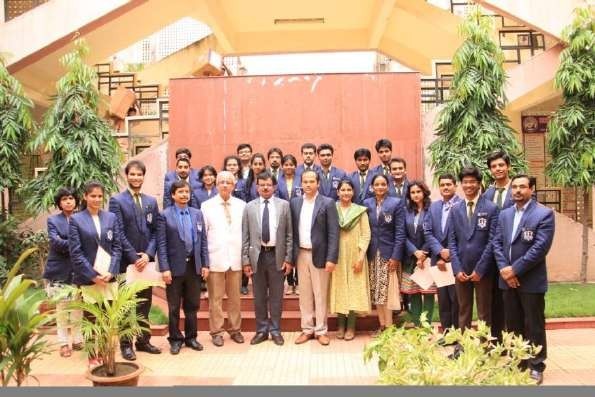 The installation of the SWA 2014-15 was done at the esteemed hands of Dr. Vinayak Deshpande, Vice-chancellor, Nagpur University in the presence of Shri Ranjeetbabu Deshmukh, Dr Amol Deshmukh, Dr Ruchika Deshmukh and Dean, Dr Dasgupta. 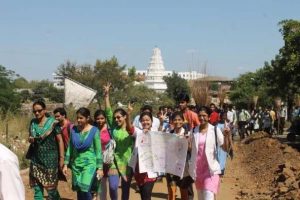 The SWA was a part of the Diabetes awareness rally held on 14th November, 2014 on World Diabetes Day.

A program was organized for all the Post Graduate students of NKPSIMS by the PG committee of SWA. Guest speaker for the program was Dr. Shailesh Pangaonkar. He touched upon various aspects of doctor patient relationships like paying attention to patients complaints, taking proper history and being a good listener

The welcome of the freshers batch of 2014 started with a debate competition organized on 11th December,2014. Topic for the competition was – In today’s social context, moral policing has no 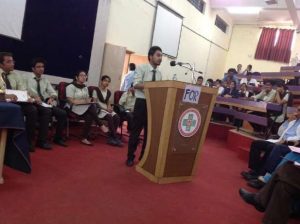 For the first time in NKPSIMS, a sports meet was held to welcome the freshers batch. Sports competitions for the new students were organized on the morning of 20th December,2014 which included 100 m running, Chess, Carrom and Table tennis. The first three winners were awarded for each sport from the boys’ and girls’ teams.

A personality contest was held where the students competed for the title of Mr and Ms Freshers. The contest included 4 rounds – introductory round, talent round, a surprise round where each contestant was given an unusual prop to entertain with and the last – Judges’ question round. Ms. Pooja Bhange won the Ms Freshers title, while Mr Arpit Roy was named Mr Freshers. The runners up for the contest were Ms Aafreen Sayeed and Mr Divyansh Mathur.

The contest was followed by DJ night and dinner. 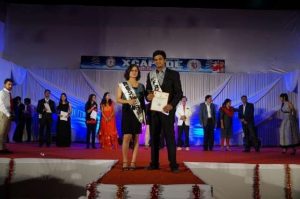 The SWA organized a Saraswati puja on the occasion of Basant Panchami on 24th January, 2015 at the central library. The puja was done done in presence of students, teachers as well as the non teaching staff. Everybody was served traditional Bengali Bhog and Dona Prasad courtesy Dr Kajal Mitra, Dr Mohana Majumdar and Dr Ratan Roy. 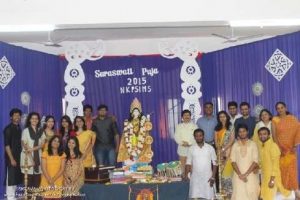 The SWA played a major role in organizing the Walkathon 2015 – an initiative by the Silver Jubilee Committee to celebrate the 25 years of NKPSIMS on Republic day, 26th January, 2015.

The Greate Wall Of Hingna Contest

As an initiative for beautification of the college campus, the SWA organized a wall painting contest wherein students from the MBBS, Dental and nursing college participated. The contest was held on 8th February, 2015. The theme for the outer wall was ‘Innovations and Technology’ while that for the inner wall was ‘India’. The team of Mr Shubham Varma, Ms Neha Rahate and Ms Suhaani Chandak won the 1st prize for the inner wall while the 1st position in the outer wall went to Ms. Devyani Wanjari. 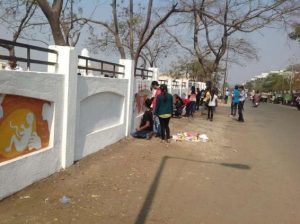 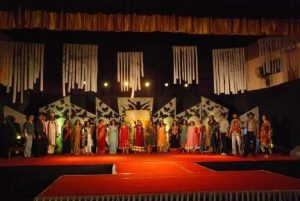 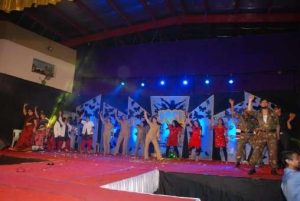 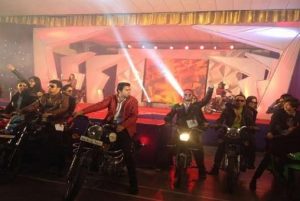 There was once again a clean sweep of awards by the NKPSIMS students.

Ms Devyani Wanjari and Mr Yashendu Khullar won the 1st prize For and Against respectively in the debate competition.

The SWA gave a special farewell to the outgoing Dean, Dr Dasgupta on 27th March, 2015. CČD – Coffee With Dean was an informal affair where Dr Dasgupta chatted about all aspects of his life with the host Mr Yashendu Khullar and then the Rapid fire round with Mr Abhishek Mankar. The students then gave him a farewell gift basket and sang a farewell song for him. 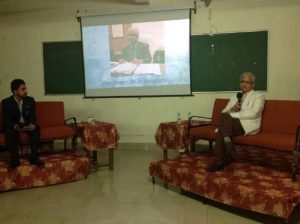 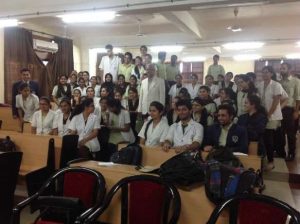 In the first week of April 2015 the SWA helped to organize the first ever batch trip for the 2013 batch MBBS batch – with the total organization being looked after by batch representative Nrupal Dhande and his team of batchmates. The students enjoyed the great weather and snow in Manali and sight seeing in Delhi. Dr Anne Wilkinson and Dr Sanjay Walulkar accompanied the students.

The graduation ceremony of the 2009 ABCD and EFGH batches was held on 22nd August 2014. Dr Vedprakash Mishra was the Chief Guest for the ceremony. Dr Amit Daphale and

Dr Surabhi Mitra were awarded the Outstanding Student of 2009 batch. The graduates were given a folder containing the Hippocratic oath, their alumni contacts and a certificate and a pen engraved with their names. The ceremony concluded with the hats off ceremony and passing of the torch to the next batch students. 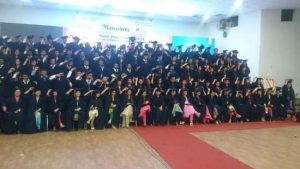