Graduation Ceremony of 2016 batch was organized by College Students’ Council 2021-22 on 13 th April 2022. It was a heart warming event, which gave the students a chance to finally live the day of their dreams. All the graduates of 2016 batch along with their parents attended the ceremony.

This was followed by lighting of “Samai” by the dignitaries. The gathering was welcomed by Ms. Sanskruti Dorlikar, President CSC 2021-22. Dr. Arti Kasulkar addressed the gathering with her speech. Then the most awaited event of the Graduation Ceremony took place. 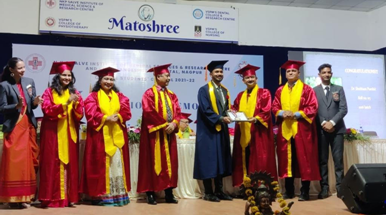 All the graduates were awarded with their Graduation certificate and medals by the dignitaries. Thiswas followed by the Oath taking ceremony which filled a sense of duty in all the graduates. Special awards were given for “Academic Excellence” and “Outstanding Performance” to graduates who stood out from the rest. The first award for Academic excellence was given to Dr Ayushi Keoliya, second award was given to Dr Yagyani Bali and the third award was given to Dr Manasi Lahari. The awards for outstanding performance were given to Dr Aditi Modak, Dr ShubhamPurohit, Dr Saurabh Padole, Dr Ketan Dekate and Dr Shreeya Balpande.

Few selected graduates expressed their love and gratitude for their journey and shared their experiences in their own unique way. The event took a trip to memory lane when a video clip for the batch of 2016 was played which brought along tears of joy in everyone’s eyes. This trip down the memory lane was followed by the release of the Yearbook for 2016 batch along with the release of Reflection – Annual Bulletin of MEU, by the Dignitaries. 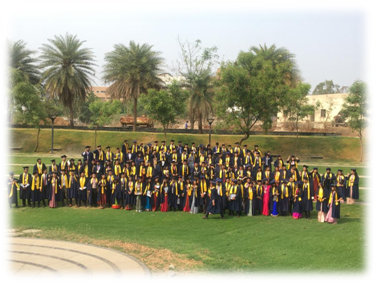 The ceremony was then addressed by Dr. KajalMitra who wished the students a bright and peaceful future ahead. He also emphasized the importance of discipline in students’ life. Shri Ranjeet Deshmukh congratulated all the graduates for their achievements and their parents. The Chief Guest, Dr. Sandeep Shrivastav addressed the graduates, imparting his wisdom on them and opening up new visions and paths for them to walk on. 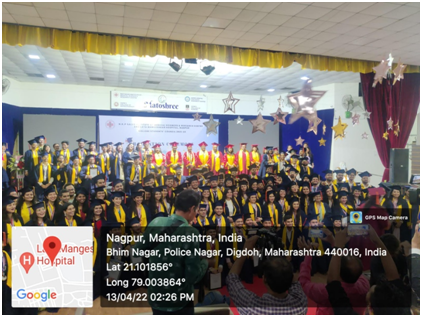 Then the torch was handed over to the next batch by the graduates to carry on their will and dreams. It was followed by Vote of Thanks by Mr. Mayank Malokar, General Secretary CSC 2021-22. The event came to an end with everyone reciting the National Anthem. The College Students’ Council along with the Teachers-in-Charge & the volunteers and the supporting staff worked hard to make this event a successful one.