Department of Obstetrics and Gynecology

Department of Obstetrics & Gynaecology and Department of Paediatrics, N.K.P. Salve Institute of Medical Sciences & Research Centre and Lata Mangeshkar Hospital Hingna Nagpur in association with NOGS, NARCHI Nagpur Chapter, AOP and MET Unit NKP SIMS & RC had organized World Breastfeeding Week Celebrations from 1st August to 7th August 2021. It was a mega event with various activities organized for and participated by undergraduates, postgraduates, faculties of both departments, interns and nursing colleges of VSPM. 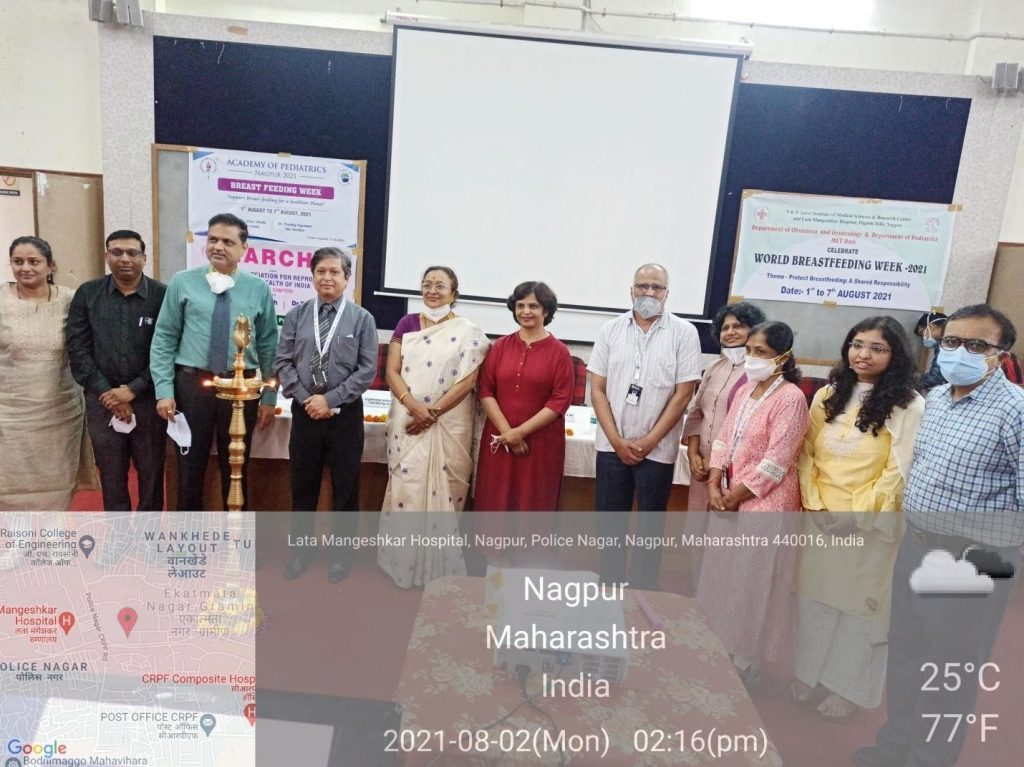 Release of Educational videos on Breastfeeding prepared by the faculties and residents of OBGY & Paeds which was done by hands of Dr Kajal Mitra.

The winners for posters-

The winners for slogan-

The winners for rangoli –

6th August– Awareness programme for Antenatal and Postnatal Women and their relatives in ANC and PNC ward and it was attended by about 50 people. Similar programme was conducted for ASHA worker, and Educational video release for ASHA workers prepared by the faculty of OBGY dept was released which was highly appreciated by the 20 ASHA’s who attended the event. Similar public awareness programme on breastfeeding was conducted at

Jaitala UHTC which was attended by around 25 people who highly appreciated the programme.

On the concluding day i.e 7th August an online CME was organised for the faculties, UG & PG students and nursing students Dr. Vidya Sutaone madam spoke on “Antenatal preparation of to be mother for breastfeeding” and Dr. Swapnil Bhisikar updated about “Breastfeeding in special situations”.The CME was attended by 40 delegates online and around 25 participants physically. The celebration concluded by Valedictory and prize distribution ceremony.

Incharges and Co-ordinators for Breastfeeding week-